Normally my Five Things Friday posts follow a particular theme highlighting inspiration that I’ve found in the course of my Pinterest and Stumbleupon obsession.

This week is slightly different.  To do my normal posts I use my PC so that I can do the links properly as I find the Android app slightly difficult to get along with.  This week I have no choice.  We’ve had the builders in for the past 3 weeks sorting out the slightly dodgy flooring in our lounge/diner and installing a new fireplace.  The work is almost done,  but I’m without a computer until we move all the furniture back in.  So here I am,  phone in one hand,  breastfeeding baby in the other while I share with you the wisdom I’ve discovered over the past few weeks.

1. Staying with your parents when you’re all grown up is pretty great.

Seriously,  I’d been slightly worried about going back to stay with my parents  20 years after moving out.  It’s not that I haven’t visited in those 20 years, but I live close enough that I don’t ever stay over.  I went home because,  with two small children,  I couldn’t face the upheaval that our building work would bring.  It was like a holiday.  Washing done, food cooked and  other people to entertain small children.  What’s not to like about that. I had a lovely rest which,  after 14 weeks of breastfeeding every 2 hours,  I really needed.

2. You have to make a massive mess to see an improvement. 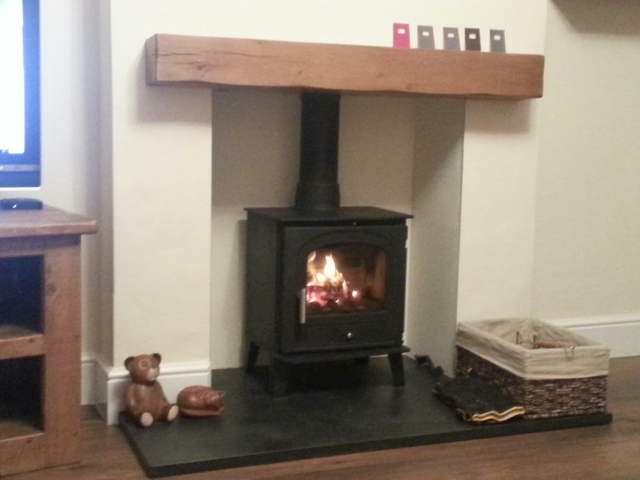 However; it’s all been worth it. I’m sitting here in front of a roaring fire, dreaming of a glass of red wine to complete the picture but that will have to wait until Little T is a bit older.

3. Whatever you say the little people will repeat. Especially if you’d rather they didn’t repeat it.

In the past two weeks Toddler B has told me “Only one pair of hands mummy” when I’ve asked him to do something and he was busy, shouted “stupid man” from the back seat of the car when someone cut in front of us in traffic and been told to “tidy up your mess before you get anything else out”.

All perfectly reasonable statements, but when they come out of the mouth of a toddler, they have a slightly different resonance. The first made me laugh out loud, the second has made me much more careful what I shout when driving and the final one has made me realise what a tip the house is. I blame point 2 for this!

This week we’ve fallen victim to a nasty stomach bug which just won’t go away. Toddler B goes pale, is ill and then half an hour later you wouldn’t know anything had been wrong with him. Me, meanwhile, I was ill and then felt sorry for myself for days feeling like the after effects of a hangover without the fun of the drinking. Tough when you’re chasing two little ones around.

5. Training a toddler to sleep in a ‘big boy bed’ is bloody hard work.

We’d decided that it was about time Toddler B moved into his big boy bed before Little T grew out of his crib and needed the cot. I decided to start this process when I stayed with my parents as we didn’t really have much choice. Little T had to sleep in my old cot there and Toddler B had to sleep in a bed. There were also more adults to chase him back to bed when he escaped. I’d read loads of blogs boasting about how they’d managed the move in three days and never had a problem since. They’re lying.

First night was a compete disaster. He We barely slept. Eventually my mum managed to get him back to sleep at about 5 in the morning. Second night was a dream, he was so exhausted that he slept right through. Splendid. Third night he discovered the fun of jumping out of bed as soon as we’d walked out of the room and racing around the house. Night four and we bought a Gro-Clock and started to try to explain that when the stars were out he should be asleep and when the sun came up he could get up. This worked ok until Grandpa’s alarm went off before the sunshine appeared on his clock and he got confused. Since we returned home we’ve had good and bad nights; I’m putting the bad ones down to our bug and the good ones down to exhaustion! He was up for four hours last night so I’m hoping for an ‘exhaustion’ night tonight.

3 thoughts on “Five Things Friday: What I’ve Learnt in the Past Few Weeks”